Contra Costa County's physical geography is dominated by the bayside alluvial plain, the Oakland Hills–Berkeley Hills, several inland valleys, and Mount Diablo, an isolated 3,849-foot (1,173 m) upthrust peak at the north end of the Diablo Range of hills. The summit of Mount Diablo is the origin of the Mount Diablo Meridian and Base Line, on which the surveys of much of California and western Nevada are based.

The Hayward Fault Zone runs through the western portion of the county, from Kensington to Richmond. The Calaveras Fault runs in the south-central portion of the county, from Alamo to San Ramon. The Concord Fault runs through part of Concord and Pacheco, and the Clayton-Marsh Creek-Greenville Fault runs from Clayton at its north end to near Livermore. These strike-slip faults and the Diablo thrust fault near Danville are all considered capable of significantly destructive earthquakes and many lesser related faults are present in the area that cross critical infrastructure such as water, natural gas, and petroleum product pipelines, roads, highways, railroads, and BART rail transit. 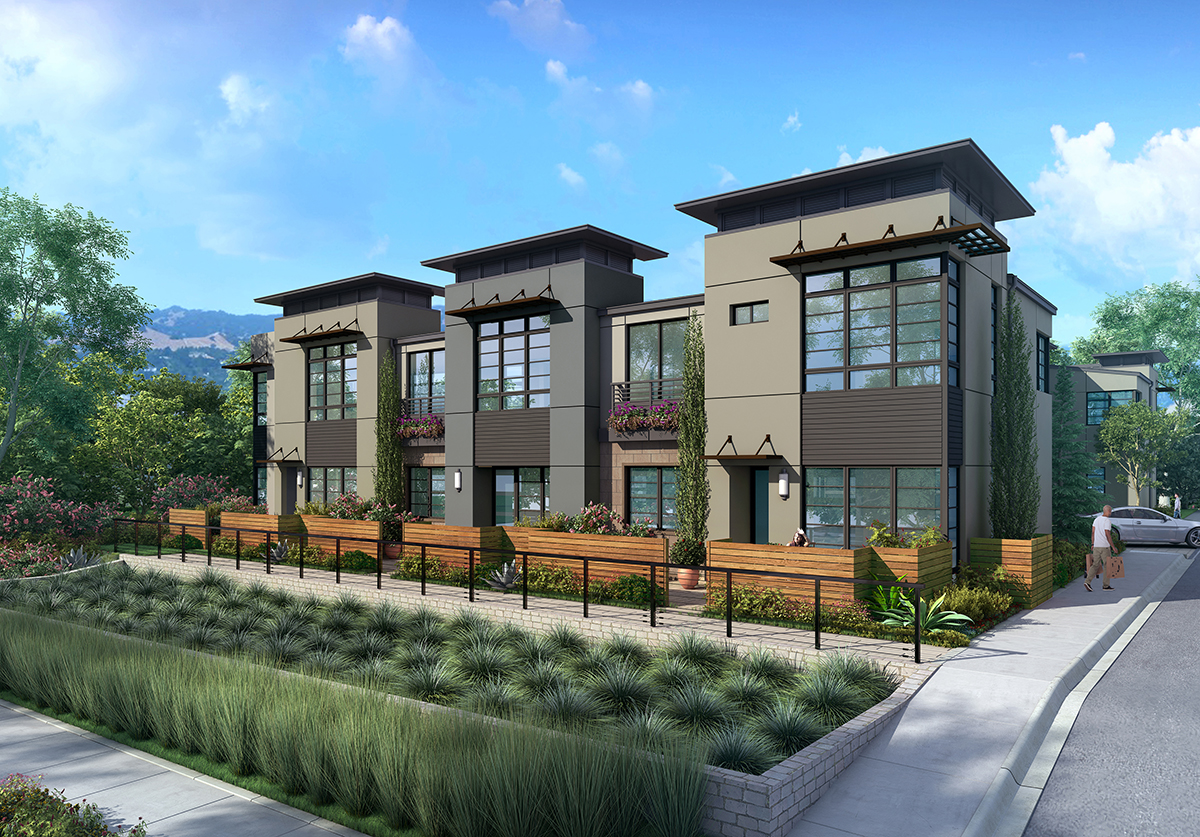 The establishment of BART, the modernization of Highway 24, and the addition of a fourth Caldecott Tunnel bore all served to reinforce the demographic and economic trends in the Diablo area, with cities such as Walnut Creek becoming edge cities.

The central county cities have in turn spawned their own suburbs within the county, extending east along the county's estuarine north shore; with the older development areas of Bay Point and Pittsburg being augmented by extensive development in Antioch, Oakley, and Brentwood.

The effects of the housing value crash (2008–2011) varied widely throughout the county. Values of houses in prosperous areas with good schools declined only modestly in value, while houses recently built in outlying suburbs in the eastern part of the county experienced severe reductions in value, accelerated by high unemployment and consequent mortgage foreclosures, owner strategic walk-aways, and the too-rapid conversion of neighborhoods from owner-occupancy to rentals. Home values rebounded as the economy recovered from the recession.

Things To Do
More About Contra Costa
Events & Happenings