Who You Work With Matters

he Garcia Group believe "Every home has a unique story" and we would like the opportunity to tell yours. With a focused approach of analysis, communication, perseverance, and patience that sets us apart from our peers. The Garcia Group listens to their clients, then using extensive knowledge of inventory, financing, and contacts, The Team empowers their clients to make informed, satisfying decisions.

The Garcia Group are fully committed to providing a level of service to their clients that consistently places them near the top of the real estate field. Having sold real estate in San Francisco, San Mateo, Alameda, and most of Northern California.

Powered by eXp, one of the world’s fastest-growing real estate brokerages. Founded in 2009, we are now in 14 countries around the world with a community of over 60,000 real estate professionals, all connected through our unique cloud-based platform, eXp World. You need the power of the Garcia Group and their international global connections to maximize your opportunity. Being a family means supporting each other through life’s greatest trials. Our story tells about the greatest sacrifice we made that brought us the blessings we are so grateful for today.

Lourdes Garcia – Our story began in the Philippines where I was raising my son and daughter as a single parent. At that time, I was working as a tra

ining manager for AVON products and was able to send my kids to a good private school. Although we had a good life, I couldn’t help but feel like there was something better out there for us. It became clear that no matter how hard I worked, all day and night, we always felt financially limited. In 2001, when my son was 9 and my daughter was 3, an opportunity to move to the United States came knocking at our door. I knew about the American Dream; how the hard work, honesty, and dedication of their citizens brings opportunity and success. I knew I wanted to give my children a life full of that same opportunity – so I decided to go.

Moving to America would prove to be the greatest sacrifice of my life. In order to make it work, I had to leave my children behind while I worked tirelessly to establish a comfortable home for us to live in. After arranging for the kids to live with my brother in the Philippines, I took off to live with my sister in America. I started with almost nothing while I was here, but quickly got a job as a caregiver and saved every penny I made. Just months later, I was juggling three different jobs and sending whatever I could to help support my children while saving the rest for our own home. It was difficult to work and even harder to be thousands of miles away from my babies – but I was determined to make our American Dream a reality. Within those first two years, I saved up enough money to buy a mobile home and bring my children to America. Although we struggled at first, facing different cultural adjustments, the blessings quickly came.

I went on to receive my real estate license in 2007 and poured my heart into this career that I am so passionate about today. After a lot of hard work, sacrifice, and the constant support we gave each other, our American Dream had finally come true!

Jose Cuison is a licensed real estate agent since 2018. Jay’s passion for real estate came from spending time with his mom at the office and around the real estate industry. Being around this pushed him to work harder, gain different skills, and to be able to adapt to any environment. His experiences shaped him to become dedicated and successful in his field and help his clients meet their real estate goals.

Growing up in both the Philippines and the United States, he experienced navigating new environments early. He grew up shy and timid because of his accent but quickly turned his challenges into accomplishments by making the honor roll, building self-confidence, and making new friends. He continued his college education in Culinary Arts and promptly shifted into real estate, which sparked the entrepreneur in him. Previously he served as a Public Relations Commissioner at the Filipino American Real Estate Professional Association, where he handled their marketing. In 2019 he became a Toast Master Member, which promotes leadership and communication. Also, he was awarded the ReMax Executive Club Award in 2019.

In his free time, Jay loves to take his bike out for rides. He seeks new thrills and adventures with his wife, Princess or you could catch him lounging at home with his family. 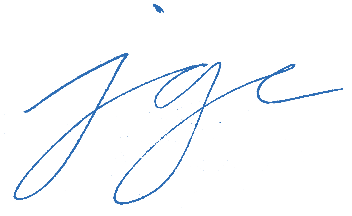 Every home has a unique story and we would like the opportunity to tell yours. With a focused approach of analysis, communication, perseverance, and patience that sets us apart from our peers. The Garcia Group listens to their clients, then using extensive knowledge of inventory, financing, and contacts, The Team empowers their clients to make informed, satisfying decisions. 89% of all home buyers start their home search online. How your home looks online is the modern equivalent of Curb Appeal. Our team of expert marketers knows the ins and outs of syndication. We have strategic partnerships with Zillow, Trulia, realtor.com and dozens of other top online resources that consumers use to search for homes.

The difference between average and extraordinary is found in the details. Brochures are impactful, full of color and details, loaded with amazing photos showing off your home's interior and exterior excellence. Brochures made of card stock art paper and matched with striking graphics, your home is guaranteed to stand out against the crowd.

Social media is not about posting your home for sale on Facebook. It's about strategically guiding the social audience to buy into what your home's story is. Demonstrating the love for all the things that makes the story of your home so unique.

Presenting the story of your home through video, capturing the essence of what makes your home so unique and attractive. We use HD video and Drone services to create an extraordinary experience that allows the consumer to experience what living in your home is like. It's about creating the experience! 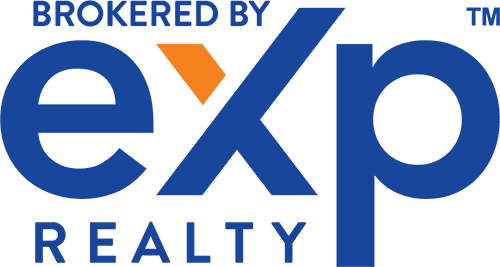 Every home has a unique story and The Garcia Group would love to tell yours. They understand real estate in South San Francisco, Daly City, Alameda, and surrounding areas and have the numbers to prove it. Their primary objective in partnering with you to achieve the highest net proceeds as quickly as possible. We expect you’re asking, “Why The Garcia Group?” Because WHO YOU WORK WITH MATTERS

eXp agents have the experience, training, and advanced tools to help you sell your home, negotiate the best price, and get the professional advice you need to feel great about the sale of your home.

The Garcia Group goal is 100% satisfaction! Our team of dedicated professionals will seamlessly work to ensure every step of the way is an amazing experience. From staging, marketing, designing, negotiating, title & escrow. We’ve got you covered.

Beyond the beautiful properties; And the personal touch of The Garcia Group; Only one brand can deliver a lifestyle that caters to you, and transforms you. With experiences that expand who you are; And limitless possibilities to reach your full potential

Lourdes and Jay were fast and efficient. The entire process was smooth and hassle-free. Lourdes and Jay provided guidance and made our first experience buying a home stress-free and enjoyable!

Lourdes and Jay provided us with such professional service! They are both so friendly and they communicated with us so well! We always received quick responses back, no matter how big or small the need was. We’ve worked with Lourdes previously, she and Jay did not fall short of excellence.

Don and I are very fortunate for being connected with Lourdes and Jay in buying a house. From start to finish they were very responsive, kind, and constantly professional. They made buying our first home an enjoyable and easy experience.

Find Out What Buyers Are Willing To Pay For Your Home